Warning: "continue" targeting switch is equivalent to "break". Did you mean to use "continue 2"? in /homepages/27/d96872949/htdocs/babaylanstudies/wordpress/wp-content/plugins/wordfence/models/block/wfBlock.php on line 552

Warning: "continue" targeting switch is equivalent to "break". Did you mean to use "continue 2"? in /homepages/27/d96872949/htdocs/babaylanstudies/wordpress/wp-content/plugins/wordfence/models/block/wfBlock.php on line 553

Warning: "continue" targeting switch is equivalent to "break". Did you mean to use "continue 2"? in /homepages/27/d96872949/htdocs/babaylanstudies/wordpress/wp-content/plugins/wordfence/models/block/wfBlock.php on line 555

Warning: "continue" targeting switch is equivalent to "break". Did you mean to use "continue 2"? in /homepages/27/d96872949/htdocs/babaylanstudies/wordpress/wp-content/plugins/wordfence/models/block/wfBlock.php on line 570

Warning: "continue" targeting switch is equivalent to "break". Did you mean to use "continue 2"? in /homepages/27/d96872949/htdocs/babaylanstudies/wordpress/wp-content/plugins/wordfence/models/block/wfBlock.php on line 573

Warning: "continue" targeting switch is equivalent to "break". Did you mean to use "continue 2"? in /homepages/27/d96872949/htdocs/babaylanstudies/wordpress/wp-content/themes/Divi/includes/builder/functions.php on line 6044
 REFLECTIVE WEAVINGS ON MY INNER BANIG, by Mila Anguluan-Coger | Center for Babaylan Studies

REFLECTIVE WEAVINGS ON MY INNER BANIG, by Mila Anguluan-Coger 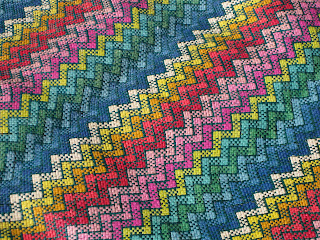 The banigs or hand woven mats said it all. It was Thursday evening, January 27, 2011 and as I spread them out and looked at them, they looked back, crumpled, dirty and forlorn. I carried them, laid them on the tub and tried to scrub them clean. But as the soap and water were flowing, so flowed my tears. The banigs have been in the building basement far too long and have become moldy and badly stained from the rains. How could I have allowed this to happen? As the keeper, I have been remiss in my duty. Now, how could I ever unfold the intricate weavings and the vibrant colors that tell of my people’s tales? They who have lovingly woven these mats in the caves, where the right temperature and amount of moisture helped bring out the best colors, the soft but resilient strands? How was I to help launch Virgil and Lane’s books without the magic of the mats’ stories? I cried, blamed myself, blamed my husband, blamed myself again and cried some more.

The tears were forgotten when the books were launched two days later, on Saturday, Jan 29, at the Silver Lake Center. Three banigs were not so bad after all and were put up on the walls of the center, accompanied by a happy array of indigenous cloth from the Cordillera and Mindanao. The splash of tribal colors and images brightened the center and were reflected on the faces of those who attended. The community came joyfully together to celebrate the books’ L.A. debut. Music, dance, performance and talks flowed and filled everyone. The joy spilled over until the early hours of the morning, when we of CFBS and FilAm Arts celebrated some more – with songs, stories and games, in Roque’s home.

On Sunday, Jan. 30th, the well in my eyes spilled tears again. I heard the news of violent clashes in Egypt and the total communication blackout. My daughter was there, working as an RN and I could not reach her; there was no telephone, no internet, no Skype, nothing. It was just a few days ago that I was looking at her Facebook, how it beamed with pictures of her visit to the pyramids, her childhood dream realized at last. A week after that tour, the Sphinx seemed to have awakened and brought total chaos to the country. It was the most frustrating and stressful time, having to face this dark and ominous wall of silence in Egypt, worried sick about a daughter’s safety. I could not sleep and was glued to the TV and my laptop for news updates. I called the Dept of Foreign Affairs in Manila. Someone said the officials were still assessing the situation. I kept calling them the following days for updates, but no reassurance came. I was on a thin wire, suspended indefinitely, precariously, and the only release were my tears.

Worn out with anxiety, I remembered the last mid-January weekend retreat in Sta. Rosa, the playing like children in Sonoma, the comfort of Leny’s kitchen and couch. I remembered the warmth of bodies and hearts, all 15 of us, settled like birds in a nest, treasuring the home we found in one another. I remembered the sheer bliss of rediscovering deep friendship, the sweetness of laughter shared as a family, the passionate play of being community. We were, as Perla so aptly described it, a bowl. We contained each other, our laughter and our tears, our smiles and even our fears, our bodies, our spirits. We were a bowl yes, but at the same time, we were also a boat on the river, flowing with our dreams, rowing to the rhythm of our vision – for service to our Kapwa – rowing towards liberation, always moving towards freedom.

But what of freedom, a part of me asked, when at any given moment one is clutched by fear and anxiety that grinds unceasingly, unmercifully? If we are to look at the big picture, are we not mere pawns of those in highest authority, those who wield imperial powers and have the resources of the world at their feet, unmindful of the groveling majority, and the wanton destruction of environment and humanity? Is our rowing at CFBS merely a pathetic simulation of movement that cannot get us anywhere anyway? What of the bowl or the boat?

I checked myself and recalled that this time is the same February of our People Power Revolution in EDSA, ignited 25 years ago in 1986. It was this same bloodless revolution that inspired others to bring down the Berlin Wall in 1989, and now, the same people’s revolution that is sweeping Egypt into an unprecedented era of change in 2011.

Buoyed by these thoughts, I again confront the same fears that have shadowed me as a child, even as an adult, assailed by my own and my people’s colonial mentality and the internal oppression that made me feel how painful it was to be “The Other.” I see you, and I accept you as part of me, I tell my fears. But now, I am someone else, I add with conviction. 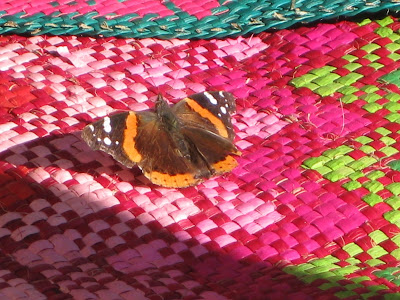 I am of the same spirit as my ancestors, indestructible and free. It is this same indomitable spirit that connects me to the eternal strand woven into all of creation, animated by its divine Source, regardless of time, matter and space. I am the container of the past, the present and the future. I am part of the tree of transcendence. I live with its roots embracing the earth, I am one with its branches merging with the sky. And together with the rest of my Kapwa, we shall unravel the promise of freedom, whether fighting for it in the streets of EDSA or Egypt, or realizing it in the deepest frontiers of the inner self, and in the realms beyond.

I cry with joy for this life which is a banig of exquisite weavings, of amazing dancing images, imbued with nature’s textures and fragrances, and astounding rainbow hues. I am grateful to be sharing the banig of life with my CFBS family and community, whose nurturing support sustains, and yes, contains as it moves, our personal and collective dreams.